Virtualization: The Many Types of Users

In my experience, when a company expresses the intent to move toward virtualization, it is wise to ask them if they have a list of users and type of user that they intend to virtualize.

It seems that the minute that question leaves my mouth, a series of questions pop up, including what type of workers are there for VDI? Is there a type that shouldn’t be included or virtualized? What type of worker do you recommend we start with on the way to full virtualization? 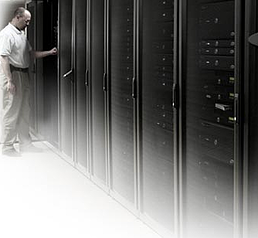 The nice part of the conversation is that this can be for both new VDI implementation or to expand a previously existing implementation.

So, for the benefit of those either examining VDI for the first time or for the customers looking at reasons to virtualize additional users, let’s take a look at the type of users that are likely candidates for virtualization.

The type of desktops configured VDI users is based on whether or not they will require persistent or non-persistent desktops.  A Persistent Desktop means that each user would get his or her own Virtual Desktop instance. A Non-Persistent Desktop, on the other hand, means that the desktop is shared among multiple end users.

The benefit of a Persistent Desktop is that it's easier to personalize, because users can access their own data, shortcuts and files from the same desktop every time they log in. That particular aspect of Persistent Desktops tends to help users embrace VDI more easily. Additionally, Persistent Desktops are essentially the same environment these users have with their current physical desktops, making it both easier for users to migrate to VDI and easier for administrators to manage.

Now for the down side. When an organization decides to move forward with Persistent Desktops, storage usually ends up becoming a major concern. All of the users requiring this type of customized disk source require more storage capacity than does a regular golden image with Non-Persistent Desktops. Additionally, having to manage numerous images rather than a single image becomes a new task for the administrator which can be quite time-consuming if they have to patch, update, manage, and re-provision.

When users have a Non-Persistent Desktop, none of their personal settings or data is saved once they log out. Basically, at the end of their session, the desktop reverts back to its original state, and the user receives a fresh image the next time he logs in. Since these desktops are built from a master golden image, they are easier for the site administrator to patch, update, back-up, and re-deploy to all of the end-users. The images themselves also become more secure, since no changes are kept during the refresh process.  So, if you have an employee who installs non-standard software to their desktop, it’s gone the next time they log in.

So, what about the case where a user’s Non-Persistent Desktop is hacked while online? Well, the administrator can simply reboot that desktop to a clean, uncompromised state. Plus, there is less storage space required for the Non-Persistent Desktop, which can help to reduce the over-all ROI.

Also, since users share a common disk image, there's a certain amount of desktop customization that the administrators need to do so that users can access all the apps they need. That often requires application virtualization (ThinApp, App-V, or XenApp) or user environment virtualization, which can get complicated. Plus, not all applications lend themselves to being virtualized. There are a number of application types that aren’t supported by virtualization today.

On the next blog I will discuss Linked Clones versus Full Clones.

An important part of of the virtual users experience is obviously the user device. One of the most important advances in virtualization recently is the availability of mobile zero client technology. To learn more, please consider downloading our White Paper on the NCS Cirrus LT Zero Client Laptop.